What is the Role of a Solar Inverter in a Solar Power System? 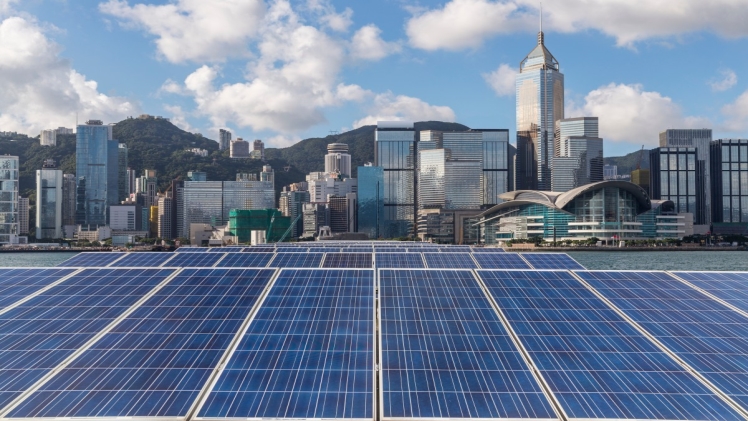 The solar panels in a solar energy system cannot work all by themselves to produce the energy that’s required to run our home and office appliances and electronics. It requires other components too such as a solar inverter, battery, racking, and more. Among these, the solar inverter is one of the most important components, and therefore, it would be safe to say that a solar inverter is the backbone of a solar power inverter. In this post, we will discuss how a solar inverter works and the different types of solar inverters that are available in the market. Let’s take a look.

What is a Solar Inverter?

Like we mentioned, Solar inverter is the backbone of the solar power system. Its basic function is to convert the direct current (DC) that it receives from the solar panels into alternating current (AC). The conversion from DC to AC is necessary because the DC produced by the solar panels is not good on its own because our home and office appliances are designed to run on AC.

Besides this, the solar inverter also performs some other functions. For example,

How Does It Work?

During the day when sunlight falls on the installed solar panels, the electrons inside the solar cells start moving to and fro inside the cells. This leads to the generation of DC energy that goes into the Solar Inverter which in turn converts it into AC energy that is suitable for running our home and office appliances or electronics.

There are three main types of solar inverters

As the name suggests, On-Grid or Grid Tie inverters are connected to the grid. Now that we know that solar inverters are used to convert DC energy to AC energy to power our homes and offices, the question arises what if the power produced is in excess of what we actually require? Well, an on-grid inverter does just that. It transfers the excess power produced to the grid via a bi-directional meter. The only downside of an on-grid inverter is that it ceases to function in case of a power cut. And therefore, it is recommended only for properties that are located in areas that experience rare power cuts.

Okay, so what if you live in a place where there are frequent power cuts and you still want to benefit from the free energy that you get from the Sun. Well, in that case you should opt for an off-grid inverter. These inverters are not connected to any grid and they function just like your home UPS inverter. They use the energy generated by the solar panels to charge the solar battery. In case there’s a power cut the energy from the battery is then used to power the home appliances and electronics.

Why Invest in a Solar Power System?

Solar power systems are getting popular by the day. Many residential and commercial property owners are installing solar systems on their properties to harness solar energy that helps them

save on their energy costs and reduce their dependence on the grid. It’s also a great way to contribute to the planet by helping reduce the carbon foot-print. If you too are looking to install a solar power system, go check out the extensive range of solar inverters that Luminous has to offer. They are one of the most trusted brands when it comes to Going Solar!