The Rise of Virtual Influencers and the Metaverse 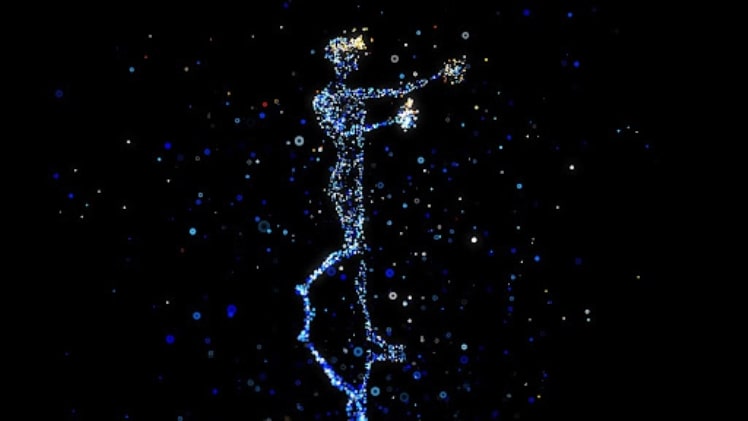 Facebook, or Meta as it is now known, sent shockwaves throughout the tech and social media world as it announced its new commitment to the metaverse. The metaverse, in this case, is a virtual meeting place that uses Virtual Reality technology. It will be everything from social media to a gaming place to a town center all in one. While it isn't imminent, already we are seeing major companies adjust to the potential virtual future Meta is envisioning.

The current direction that the metaverse is heading looks like it will have an extremely branded and commercial aspect. The biggest example of this is Nike filing for a virtual trademark, which allows them to sell Nike branded products on the metaverse. Facebook also recently announced that the biggest initial purpose of the metaverse will be to serve as a virtual storefront.

If there is an entire virtual commerce industry within the metaverse, this will be the continuation of trends we've already seen. Popular video game Fortnite recently partnered with fashion designer brand Balenciaga to sell virtual clothes within the game for price tags of hundreds of dollars. Video games have prepared society for a reality where virtual clothing and gear have real monetary value, and this is a trend that is only likely to continue.

Facebook is one of the world's biggest and most powerful companies, and if they're pushing their chips all in on the metaverse, that likely means this is more a matter of when than if. Gen Z and Millennials spend, on average, 7 hours a week playing video games. The metaverse will expand on the younger generation's love of gaming and social media in a space that combines the two, emphasizing shopping and virtual gear.

Wherever there is commerce, leaders define the trends and buying habits of people who follow them. Influencers are the social media stars that influence people's purchasing decisions across platforms, whether on YouTube, TikTok, or Instagram. The key appeal to influencers has always been their authenticity and accessibility, as followers feel they have a close relationship with them due to the consistent stream of influencers' posts.

But while many top influencer marketing agencies have found success by leveraging their personality and humanity to appeal to audiences, others have found success without having any real personality or humanity at all. Virtual influencers are a rising trend, and these are social media figures that have achieved celebrity status, all without being physical human beings.

Typically owned by a brand and controlled by social media managers, some virtual creations have millions of followers across platforms and a genuine sway on buyer decisions. They post unboxing videos, reviews, and promote brands just like any other influencer would, all without being real people.

People follow these influencer figures because they’ve been created to connect with them, much in the same way real influencers do. They promote their interests, post aesthetic and interesting photos, and engage with their following. The line between reality and fiction is blurred, and millions of real people are influenced by the opinion of a virtual creation.

Virtual Influencers and the Metaverse

The metaverse is the perfect platform for this trend of virtual influencers to take off. A digital meeting place, where virtual avatars are all dressed in different computer-generated apparel that costs real money to buy, is an environment that will lead to certain avatars gaining followings for their looks, style, and general metaverse clout. This will likely be a medium brands will be advertising in.

People with large followings based on their role in the metaverse will have advertising opportunities, much as popular video game players have developed into real-world celebrities. These virtual avatars will be recognizable celebrities controlled by humans that will be posting on behalf of brands.

If that sounds like a lot to wrap your head around, that is very understandable. But technology can be normalized incredibly quickly, and with many major corporations like Balenciaga, Nike, and Facebook throwing their weight behind these concepts, this isn’t some science fiction speculation. Influencer Marketing Hub referred to the metaverse as “the future of influencer marketing,” which appears like it could very well be true.

A virtual influencer is a digital creation controlled by human beings, that doesn't exist outside of a virtual space. The metaverse will spawn these types of influencers by the thousands if it becomes as popular as companies like Facebook seem to think it will.

The metaverse is an extension of social media and video games, continuing the digitalization of our interactions. Influencer marketing is an industry that will stand to have a major role in the metaverse as the growth of influencers in this space appears certain. It will open up a new advertising avenue for brands and a new revenue stream for potential virtual influencers.

How To Enable Comments On YouTube On iPhone, Mobile

What is the best way to download TikTok videos?