There is a vibrant online community for the alternative language of Anglish, also known as Roots English, in certain areas. “Mean English” advocates and supporters want to bring it back to its purest form. Getting rid of the twenty-first century’s selfies, weaknesses, and vaping doesn’t have to be the primary goal. Purists of English linguistics are reminiscing over the bygone era of Anglo-Saxon and Beowulf, before Shakespeare and before Chaucer’s Canterbury Tales, with downcast eyes.

For this effort, the idea is to replace borrowed non-Germanic terms with existing archaic or more modern Germanic ones, such as Germany (from the Latin Germania), which becomes Theechland in English. This self-described campaign to “recover the Englishness of English” and “restore ownership of the language to the English people” may be the clearest example of linguistic purism.

Many lovers of English wonder what the language would be like today if the Old Norman dialect of Old French, which arrived in England during the Norman invasion in the 11th century, hadn’t included so many Latin-derived terms. That marked the beginning of a new period in Anglo-Norman English. It incorporated a slew of terms from law, religion, and medicine. During the Renaissance and the Enlightenment, language purists complained that Greek and Latin scientific terminology had infiltrated the English language. Far speakers and a hundred years are the English equivalents of telephones and centuries.

The evolution of the English language is nothing short of remarkable. However, there are many loanwords from other languages in its vocabulary. French, Latin, and Greek make up more than half of the lexicon. But what if it didn’t work out this time around? What if we exclusively utilized terms of Germanic and Anglo-Saxon origins in our language?

There are no “foreign” terms in this form of the language. Hence, it’s known as anglish. It’s also known as Root English since it’s a return to the origins of English. Anglish, on the other hand, can only be snooty. What brought us to this point?

People began using terms with French roots in the 11th century because they were more respected than those with Anglo-Saxon origins, owing to Christianity and the Norman Conquest.

This wasn’t a problem until the 16th and 17th centuries, when Middle English was morphing into Modern English. As Latin was widely utilized in academics at the time, some authors employed Latin-derived vocabulary to seem more eloquent. Other authors thought it was a waste of space to use terms that had Anglo-Saxon origins but were entirely acceptable in the English language.

Of course, terms like dismiss, celebrate, encyclopedia, commit, capability, and clever adopted into English during this period are still regularly used. Others, like as expede, faded away as rapidly as they came into usage.

There has been an increase in ‘Anglish.’

Anglish, a language inspired by English purism and speculating on how we may have spoken if the Anglo-Saxons had won the Battle of Hastings in 1066, has recently gained popularity. Some English speakers say short words are the most comforting words, and the shortest words are Saxon. The Anglophone Moot advocated an English “with minimal terms borrowed from other languages.” Even though reading Anglish might often seem like learning a new language, Roots English emphasizes that it “still writes in a meaningful and understandable manner.”

However, many disagree with the final statement. An article on atomic theory written by Poul Anderson in Anglish called “Unselfish Beholding’s” was published in 1989. The article provides an intriguing case study to understand how modern notions could be defined in a language that has had Latin influences removed and replaced with Germanic ones. “Unbroken particle” is a Germanic equivalent to “atom,” while the suffix “-ish” is an English counterpart to the Greek suffix -ic. The Latin-derived hypothesis has a Germanic equivalent: beholding’s.

The goal of English purism is, of course, ultimately unachievable, as is the case with every kind of purification. It’s simply too many new terms that we don’t have pre-1066 translations for. In addition, there are far too many archaic terms that no longer make sense to us in the 21st century. As long as “everyday English” is emphasized, Anglish remains useful.

It has been stated that the “over-literal” English word structure enables the typical speaker to take a look inside their tongue and see how it works. 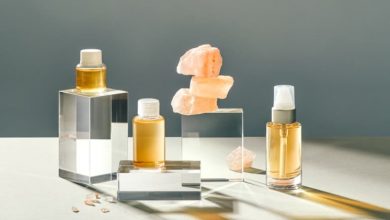 Argan Oil Helps You to Get Sustainable Beauty

What is the Metaverse? 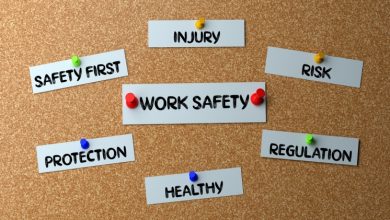 Important Safety Training Courses You Need to Know All About 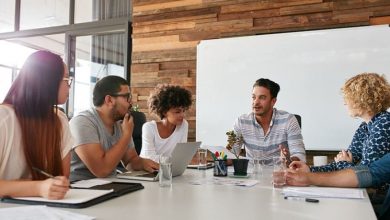 What is the scope of PMP Certification in Mumbai?