Back in the day, people have a hard time trying to tell time. There were specific methods used in order to tell what time of the day it was. During those ancient years, people relied on the sun to tell them the time of the day. Amazingly, even in that era, the sixty-second count was the basis for counting the minutes that ticked by. The timepieces we get to wear in the modern era are a big bonus. Can you imagine being in the shoes of our ancestors and needing to have a watch? It was in the later century that watches came out. At first, it began with pocket watches before the transition to wristwatches took place.

The Reason Watches Have Emerged

Did you know wristwatches came to be because of women? Elizabeth 1 was the first woman ever to wear a wristwatch. People claimed that the watch came as a gift from her suspected lover by Robert Dudley’s name. Later on, wristwatches for men became available too. Did you notice watches come in various styles and designs, and yet people most often go for the black-colored ones? Black could go with any color, and you can easily mix and match it with various fashion styles and occasions. Additionally, black portrays both simplicity and elegance. It is no wonder that you people would prefer it most of the time.

Have you noticed the way the watches are when you see them in a window? If you have, it will come to your attention that the watches display a ten-minute past ten times. This resembles a happy face and depicts a happy time. What a great way to draw in some customers, but with a smile? With the rising demand for watches, several brands etched their name in the history of watchmaking. Patek Philippe is one of those brands. Throughout time ever since its founding during the 19th century, Patek Philippe introduced several collections. Among those collections is the Patek Nautilus.

The Patek Philippe Nautilus has an excellent design that would instantly catch your attention and make you want to have it on your wrist. The very first of its kind came out in 1976. Geral Genta, the father of the Royal, came up with the design for the Patek Nautilus. During an interview in 2009, Gerald Genta shared how he came up with a watch design. He shared he was at a hotel restaurant with a few people from Patek sitting at one corner. Gerald Genta asked for a pen and paper and started making a design as he had his eyes on the people from Patek. He could complete the sketch within five minutes.

The appearance follows that of a porthole which is comparable to the portholes in transatlantic liners. Its case has a solid back case monobloc secured by four screws providing a water-resistance feature. Each of the sides forms a perfect arc of a circle. Furthermore, its dial is in black and has white gold baton hour markers. The folding clasp adds to its unique appeal.

The name Nautilus is a submariner that Captain Nemo used in the novel entitled “Twenty Thousand Leagues Under the Sea” by Jules Verne. Despite the watch being a non-actual professional diver watch, the name still befits it. The watch has a water resistance of approximately 120 meters. This is because of its case structure, making it almost impossible for water to penetrate even when the pressure increases.

After introducing the Nautilus in 1976, it got the nickname Jumbo because of its 42 mm diameter sometime later. During that period, 42 mm is enormous, considering that the watch itself is thin. Its height is 7.60 mm. Patek Philippe uses an automatic caliber of 28-255 C to power the watches. Patek Philippe made a specific prototype in 1978. The prototype has a ribbed-white dial manufactured, similarly with the black ones, by Stern Feres, with Stern Feres being a dial factory. Interestingly, in 2015, this prototype got sold for 250,000 Swiss Francs each at Sotheby’s Geneva. The white dial versions only came out around 2012.

During 1980, a series of Nautilus watches for Ladies came to be. Following this, reference 3800/1A got released. It has a diameter of 37.5 mm, which was an alternative to the 3700/1 piece. This 3800/1A model has central seconds and a new caliber of 335 SC. This watch came because of Patek Philippe deciding to have its very own slim movement.

By 1998, Patek Philippe introduced 1710/1A. This watch features a small date, black dial with no bars, and has Roman numerals for its hour indicator. Furthermore, it has a power reserve indicator at 12 o’clock. In order to cater to the 330 SC caliber, the case is 42 mm in width and 8 mm in thickness.

In 2005, a triple complication model came out. It features a power reserve indicator, moon phases, and analog date. The watch has 240 PS automatic movement for power. Furthermore, it has a gold micro-rotor and sapphire crystal displaying its aesthetically appealing caliber. Unfortunately, this watch did not last long. After a year, the watch’s production came to a stop as Patek released a new line of the Nautilus watches.

Since the first design of the Nautilus by Gerald Genta, thirty years later, Patek Philippe introduced a new model with the reference 5711/1A. It has a slight difference in width, having 43 mm compared to the previous 42 mm. Powered by caliber 324 SC, this model also has central seconds on the dial. Comparable to the 3700/1 model, this new version has a three-part case. Its case back is a separate part and has sapphire crystals to depict the movement. The black dial contains blue stones, accentuating it. The Patek Philippe logo is present, having new fonts, and the location moves closer to the numerical 12 on top.

In addition, the bracelet got innovated as well in order to form a more comfortable double folding clasp. The links appear squarer than the first models. In the same year, Patek Philippe introduced reference 5712, succeeding the previous reference 3712.

Along with the larger case, the new reference model displays the different innovations made to it. One of which is at the dial. The blue tones on the dial got enhanced. The numbers on the date from nine to twenty-three are upside down. Furthermore, the date and moon phase is more extensive, leaving no space for the 7 o’clock marker. The hands became slim compared to the previous version. Lastly, the power reserve indicator has four dots instead of only having three.

The Introduction of Another Nautilus

Moreover, in that same year, 2006, another line for Nautilus came out. Reference 5980 got introduced. This paved the way for a new automatic movement, with the case being at 44 mm. On its 30th Anniversary, the Nautilus collection added reference 5800. This particular version is narrower than the other Nautilus models, with the width being t 38.4 mm.

In 2010, Patek Philippe introduced reference 5726, presenting it at Baselworld. This model is the first for the Patek Philippe watches to have an annual calendar complication. Additionally, 34S QA LU 24H powers this particular watch model. By 2014, a new Nautilus watch came out. Reference 5990 came into existence. This model features a column-wheel flyback timepiece and dual time. It has a stainless steel case and is 40.5 mm in diameter. The dial depicts the same Nautilus design, with the embossed numerical staying the same.

Come 2016, Patek Philippe celebrates its 40 years of models by releasing reference 5711/1P and 5796/1G. Reference 5711/1P is part of the three-hand timepieces, while 5796.1G is a flyback timepiece basking in white gold. Both watches have blue tones on the dial. In 2018, a model with perpetual calendar complications came out. They were considered one of the most prestigious features in the watchmaking world. The previous watches presented at Baselworld had black and white dials. With the Nautilus 5726/1A, Patek Philippe introduced a blue dial model, portraying the Nautilus line’s original color.

Today, reference 5711 stays as the most appealing model for sports watches available in the market. This particular watch is perfect to suit the taste of sports enthusiasts who would like to maintain the elegance and classic feel of their wristwatch accessory. In the later years, a few more variations and innovative models got added to the Nautilus collection. It caters to both men and women. Its stainless steel and precious metal allowed it to be used professionally and on other personal affairs and occasions. With the variety available, these watches are also available for gifting for any occasion.

Therefore, with all these excellent qualities for Patek Philippe Nautilus, it is only necessary that you should check it out. If you want to find a timepiece, whether for yourself or a loved one or a friend or even for your employer or employee, Patek Philippe watches are a sure go. You will notice several variations to choose from that would surely bring a smile to the person who receives it. 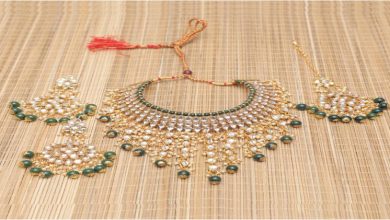 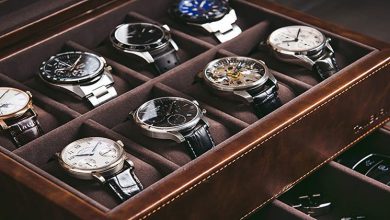 5 Things You Should Know Before Investing in Luxury Watches 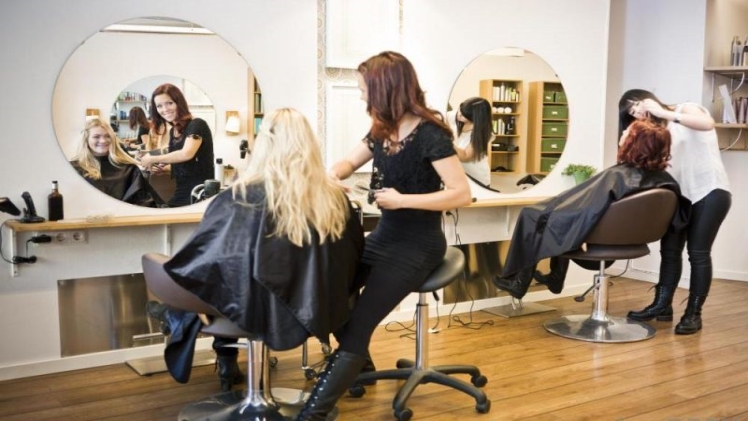 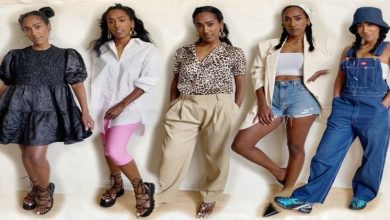 How to style fashion clothing