Node.js and PHP are among popular server-side technologies. They are used in web development, but cannot be used interchangeably. Both these technologies are backed by dedicated concepts and architectures. There is a difference between Node JS vs PHP that we will try to discuss in this article later on.

You should be well aware of the fact that which software solution is best for you while starting a project. Calculating the pros and cons and navigating through the set of features and characteristics of both the technologies should be done in an in-depth manner especially when there is so much confusion related to back-end development.

Node JS vs PHP: The dynamics of the web development ecosystem

Every second the web development ecosystem is expanding with more advanced technologies and tools. That’s the reason programmers and developers are in a big confusion between choosing the tech stack for application development. If you are also in a dilemma in choosing between a Node.js Development Company and a PHP Development Company then this article is for you.

Both PHP and Node.js are popular backend technologies. Also, some new technologies have emerged recently resulting in a chaos. So you must be wondering out of the two which one to choose. Earlier, for development purpose, PHP along with JavaScript was a lethal combination. After the arrival of Node.js for backend development, it has forced developers to pick between PHP vs. Node.js.

If you are also wondering which technology suits best for web development – Node.js Development or PHP Web Development, then this article will throw light on the aspects of both the programming languages to end your confusion. So without wasting any time let’s deep dive into the topic by starting with an overview of the two technologies.

Node.js is an open-source, cross-platform, back-end JavaScript runtime environment. The technology allows you to perform code execution on the server-side. You can also refer to it as a server-side programing language. Node.js runs on Google’s V8 JavaScript engine and executes JavaScript code outside a web browser.

Node.js is a recent technology developed in the year 2009. Multiple tech giants like ‘PayPal’ and ‘Microsoft’ have recognized the potential it has got. With Node.js programming language, users can build JavaScript applications and can run those applications independently without any issues concerning compatibility.

That’s the reason companies in large numbers are availing Node JS Development Services for their projects. Companies also claim that with Node.js, they were able to reduce the loading time by 50-60%.

Initially, PHP was developed as a framework (server-side) but it can be used for other purposes as well. A PHP file contains plain text in the form of HTML, CSS, JavaScript, & PHP. Combining it with HTML or HTML5 can also be done with PHP code executed on most web servers including Apache, IIS, etc.

Introduced in 1994, PHP from the very beginning made its mark with its remarkable contribution to Web Development. Since then this programming language became even more popular. As per the survey conducted by W3Tech, in 2019 more than 79% of websites were built on PHP. WordPress being the largest CMS, uses this language along with Woocommerce, Drupal and Shopify, etc.

Undoubtedly, the aforesaid technology is dominating the market even now with a maximum number of websites with heavy traffic. You can hire PHP Developers for your next web development project.

The aforesaid image clearly depicts the indestructible position of this technology in the web development domain. If you are all set to creating a cost-effective application using PHP, you must consider hiring PHP developers for your project.

Now it’s time to see the key differences between Node JS vs PHP Based on a set of parameters, let us draw a comparative analysis.

Node.js follows an Asynchronous programming approach which is faster than PHP. It is capable of handling multiple simultaneous functions parallelly. However, when incoming requests are blocked until a previous computation is over, the code execution can be stuck in a so-called “call-back hell”. Although, the issues can be fixed if we develop features like Async/Await.

PHP follows a “synchronous approach”. The below lines of code have to wait until the previous lines of code are finished due to heavy computation. However, there are certain APIs that can be used by the PHP code which shows an asynchronous behaviour. For that, a host of packages and extensions are provided by PHP.

Node.js requires you to have a basic understanding of callback functions and blockings. A server infrastructure needs to be set up for deploying certain frameworks and applications on Node.js.

For developers, PHP development has a low entry barrier. Applications can be deployed without the need for converters and compilers. PHP is compatible with SQL databases and works seamlessly for accessing their data without any restrictions.

NodeJS uses JSON for accessing NoSQL databases such as MongoDB. PHP projects can also go with JSON. Yet JavaScript is more widely used by developers in place of PHP.

The task of PHP is to collaborate with traditional and relational databases. It provides multiple ways by which you can use NoSQL irrespective of what type of engine has been applied.

It is more time consuming and complex to code and compile with NodeJS. However, as compared to PHP, it is much faster in terms of performance. It’s powered by chrome’s JavaScript Engine – V8. This particular engine helps in creating scalable and performance-oriented web-based applications. And then we have the callback function that helps in facilitating concurrent request processing.

While writing code in the PHP programming language, one doesn’t need to go through JAR files or compilers. As we have mentioned earlier in this article as PHP is synchronous in nature, it is not able to process several requests at once. This can resultantly hamper the speed of application execution and magnify the server load.

It is mostly used for:

No doubt PHP is an evergreen option as not only it is a cult language for development but also it is enriched with all the necessary libraries for working with the required service. Further, with advantages like low entry barrier and customer requirements, you can give it a thought of hiring a PHP Development Company.

In the end, after comparing both the technologies we can say that following should be the parameters of choosing your desired technology:

All and all, we can say is that there are no fixed rules or parameters to choose your tech stack. Rather, it totally depends on your project features along with the skills and expertise of your application development team.

Both PHP and Node.js are important and significant for the developers’ community and for building better applications. Both server-side applications contribute in their respective applications domains. Therefore, these languages are capable of creating a robust and scalable software solution to fulfil your tech-related requirements. 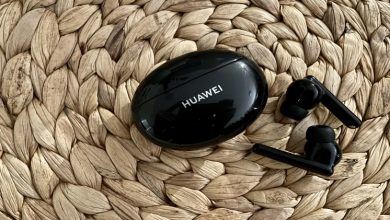 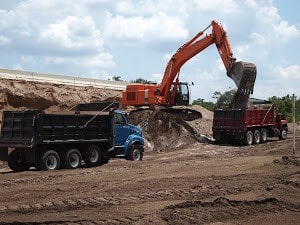 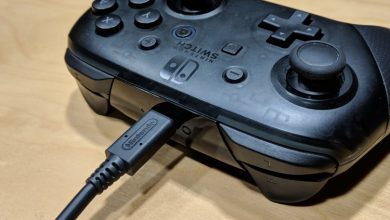 How to choose a switch&pc gaming controller 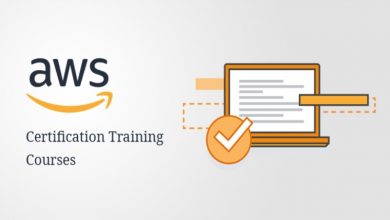 What is the Salary of an AWS Professional in Hyderabad?