When planning a trip to the English capital, the question ‘where to stay in London’ becomes a very valid query with several issues to consider across the vast city; with safety being paramount to a trip here. Get the lowdown on how to stay safe while visiting London with our travel tips.

Commonly known as ‘the tube’; the London Underground is going to be your best friend when trying to navigate the city efficiently and cheaply. The metropolitan rail service does however come with concerns; however, due to its over-arching popularity, the service has also sprouted unsavory opportunities for criminals.

One of the most common issues on the trains and at major stations is pickpockets and theft of possessions. The best way to eliminate this concern is to go to one of the far ends of the platforms to avoid the crowds. While in the station, minimize your time spent there by always heading for the nearest exit. If that means walking a bit longer outside in the cold then just suck it up; as you’ll still be less prone to crime on the outside.

The self-service ticket machines should be avoided too if possible, as you’re essentially turning your back on potential thieves. While it’s probably okay to do so in quieter stations, you should try to pay by contactless or go to a staffed unit at the busier points.

Around London and the Sites

Westminster is home to such tourist destinations as Buckingham Palace, Oxford Street, and those quintessential London points like Big Ben and the Houses of Parliament. Unfortunately, it’s also home to the highest rate of crime in London. A large percentage of these crimes are concerning theft targeting tourists.

There’s no way you can visit London without seeing these sites, but you should plan accordingly to prevent you and your party from becoming a victim of crime. Taking a pre-planned tour ensures you have safety in numbers as the operator and your fellow tourists will look out for each other. Some include transport too so you won’t be trekking around off the beaten track.

Valuables such as mobile phones, jewelry, and your wallet should be tucked away when not in use. If you’re partial to skinny jeans, then ensure somebody else is carrying your wallet/phone as the bulge created by the item is inviting for a thief. Alternatively, put them in a secure bag.

Another hotspot in which thieves lurk in Camden Town. Again; it’s an unmissable destination for holidaymakers but the ready exchange of cash at market stalls makes it alluring for criminals. Be sure to leave anything you need at the Hotel or in the safety deposit box. You can follow the best London travel Apps for traveling guides.

If you want to go sightseeing but have an excessive amount of luggage/baggage with you; then you should avoid going to busy areas with them. Instead, leave them at your hotel or accommodation. This isn’t always possible so another idea is to use one of the many storage services throughout the city. LuggageHero, Stasher, and Nannybag are all competitively priced and have many points in London for you to quickly drop off your stuff while you enjoy the city.

Reason why you should go to Shimla & Manali for Honeymoon

Why is Dune Buggy Jump Very Popular Among the tourists and why should you avail the offers from Explorer Tours?

Why book your vacation with Carthage Travel and Events travel agency 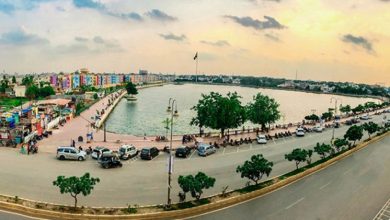 10 Important Places to Visit in Raipur