IGBT (Insulate-gate bipolar transistor) combines the advantages of giant transistor-GTR and power MOSFET. It has good characteristics, and has a wide range of applications; IGBT is also a three-terminal device: Gate, Collector, and Emitter.

IGBT is a bipolar device with a MOS structure, which belongs to the power device with high-speed performance of power MOSFET and low-resistance performance of bipolar. The application range of IGBTs is generally in the fields where the withstand voltage is more than 600V, the current is more than 10A, and the frequency is more than 1kHz. It is mostly used in industrial motors, civilian small-capacity motors, converters (inverters), strobes for cameras, induction heating rice cookers, and other fields.

MOSFET needs a source-drain channel to achieve a higher breakdown voltage BVDSS, but this channel has a high resistivity, so the power MOSFET has the characteristics of a high RDS(on) value, and the IGBT eliminates the existing power MOSFET. These are the main disadvantages. Although the latest generation of power MOSFET devices has greatly improved the RDS(on) characteristics, the power conduction losses are still much higher than IGBTs at high levels. The lower voltage drop of the IGBT, the ability to convert to a low VCE(sat), and the construction of the IGBT support higher current densities compared to the same standard bipolar device and simplify the schematic of the IGBT driver.

Why is IGBT said to be a device composed of BJT and MOSFET?

To understand the relationship between IGBT, BJT, and MOSFET, it is necessary to have a general understanding of the internal structure and working principle of these three. Below Easybom will explain it to you one by one in the simplest and easy-to-understand way.

Bipolar transistors are commonly known as triodes. The internal structure (taking the PNP type BJT as an example) is shown in the figure below.

Bipolar means that there are two types of carriers, holes, and electrons, involved in conduction. Since BJT is called a bipolar transistor, there must be holes and carriers inside it. Understanding the motion of these two carriers is the key to understanding the working principle of BJT.

Part of the holes diffused into the N region recombine with the majority of carriers-electrons in the N region, and the other part reaches the collector through drift under the condition of reverse bias of the collector junction (p negative n positive), forming a collector current.

There are two N+ areas are formed in the semiconductor P type substrate. one of which is known as the source region while another is known as”the drain” region. Between the drain and source regions is the distance channel’s lateral region. On the outside of the channel region it is a layer of oxide that is formed through thermal oxidation to form dielectric material, also called an insulating gates. The aluminum layer is evaporated from the source region as well as the drain region and the insulating gate , as the lead-out electrodes. That is sources electrode (S) and the drain electrode (D) and the gate electrode (G).

This MOSFET is a device that is controlled by voltage that turns on and turn-off is dependent on the gate voltage. The figure shows and discover that there are back-to-back PN junctions that connect sources S and drain D on the NMOSFET. When the gate source voltage isn’t applied regardless of the drain source voltage VDS, there’s an PN junction when in reverse bias mode and there is no conductor channel between the source and drain which means that the device can’t be turned off.

If the direction forward of VGS is sufficient it will cause an electric field to be created within the insulating layer that lies that is between the gate and substrate p which will be towards the substrate. The electrons will be gathered on the lower part of gate oxide beneath the influence on the electrical field. A thin layer of N-type (usually around a few nanometers) is created to connect the right and left N+ regions to create the conduction channel as illustrated in the yellow region in the image. If VDS is greater than 0, the N-MOSFET is switched on and the device operates.

After having a better understanding of the BJT structure using PNP as an example , and the MOSFET structure using N-MOSFET for an illustration, we can take a look at the diagram of the structure that is part of IGBT.

The yellow area represents the channel created by the IGBT is turned on.

Then, take a look at the yellow line. Does it feel like there is a feeling of familiarity when you take a closer look?

The blue lines are similar to that of the BJT structure. The electrons that flow into the N drift region continue to deliver electrons for the n region the PNP transistor, which maintains that the current at the base of PNP transistor. We also add an foreward bias voltage, VCE it to ensure that PNP is switched to the left while the IGBT device operates as usual.

This is the reason why the definition of an IGBT is a circuit composed of a BJT and MOSFET.

In addition, I added a red area to the image. The reason this section is not included within the description is because it’s actually an npnp parasitic structure that is an undesirable structure for IGBTs due to the thyristor’s parasitic structure. The thyristor can latch up in certain circumstances and cause the IGBT to cease to have gate control capabilities and the IGBT cannot be able to shut down by itself which can cause damages in the IGBT.

BJT was first discovered prior to MOSFET BJT appeared before MOSFET, and MOSFET came prior to IGBT We can explain the causal relationships between the three by examining that of MOSFET appearing as the middle MOSFET.

The development of MOSFETs began in the 1930s’ early days. The concept of the field effect transistor, which was proposed by German scientist Lilienfeld in 1930 sparked the attention of many researchers working in this area. Bardeem as well as Brattain from Bell Labs accidentally invented the electric contact bipolar transistor (BJT).

A few years after, Shockley, also from Bell Labs, clarified the working principles of BJT by introducing the concept of minor carrier injectors. Shockley also suggested the idea of a junction transistor that could be used in a real-world application.

In the year 1960, Egyptian scientist Attala and Korean scientist Kahng discovered an invention called the MOSFET field effect transistor during the process of increasing BJT’s performance. BJT by using silicon dioxide. Since the time, MOSFET has officially entered the industry of power semiconductors and is gradually becoming one of the major players.

At present, MOSFETs are mainly used in medium and small power applications like electrical power supplies for computers and home appliances. It is a good choice because of its high gate input impedance, lower power consumption, a high current turn-off capability, rapid switching speed, and minimal switching loss.

As downstream applications become more increasing in speed, present capabilities of MOSFETs will not be able to keep up with the needs of the market. To decrease the resistance of the device in the hope of keeping the advantages of an MOSFET the researchers have attempted to reduce the resistance to on-resistance through increasing doping content in the MOSFET substrate, however the increase in doping of the substrate will decrease the resistivity for the circuit. This is clearly not the ideal method to increase the efficiency of the device.

If it is a bipolar BJT structure is developed upon MOSFET structure, MOSFET arrangement, it is not just the advantages inherent to the MOSFET are retained and also that the conductivity in the n drift region could be modified by the minority effects of the carrier injection in the BJT structure, effectively decreasing the resistance that is in the area to enhance the current capabilities that the system.

With continuous improvements, IGBT has been able to provide a voltage range of 600V to 6500V. The application spans a variety of areas like Industrial power supplies, Inverters new energy vehicles, electric power, railway transportation national grid, the list goes on. IGBT has established its own place in the vast field of power devices because of its extremely high input impedance, its simple operating circuit and minimal switching loss.

To put it in a more precise manner Although these three devices have been upgraded over the prior model but they’re not fully substituted. They each have their distinct strengths in the market for power devices and their fields of application are not entirely in sync. In regards to time it could be described as the connection between grandparents and grandchildren but it’s more of a parallel relationship with regard to technology and applications.

Differences among IGBT, MOSFET, and Bipolar

IGBT VS MOSFET VS Bipolar

IGBTs are classified as power semiconductor components in the field of transistors.

In addition to IGBT, the representative products of power semiconductor components (transistor field) are MOSFET, BIPOLAR, etc., which are mainly used as semiconductor switches.

IGBT is a component with a MOSFET structure in the input part and a BIPOLAR structure in the output part. Through the combination of the two, it is a bipolar element using two carriers of electrons and holes, and it also takes into account low saturation voltage (comparable to power MOSFETs) and transistors with low on-resistance) and faster switching characteristics.

Despite its faster switching characteristics, it is still not as good as power MOSFETs, which is the weakness of IGBTs. 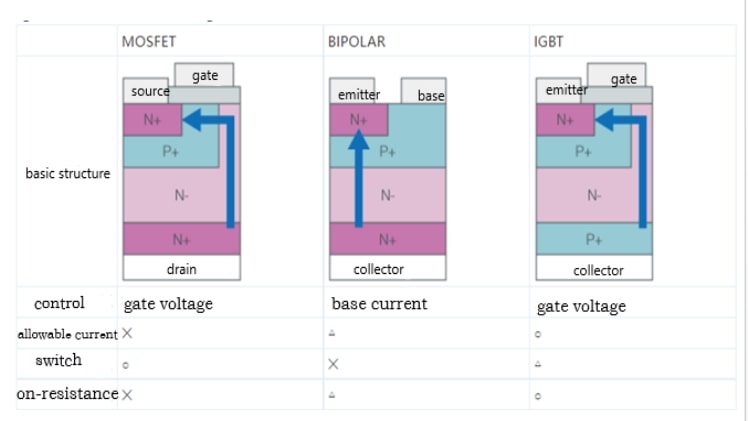 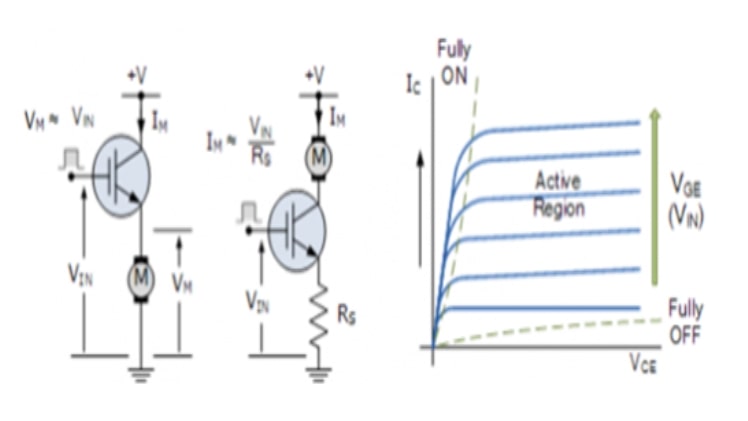 Because the IGBT is a device controlled by voltage that requires only just a tiny voltage to the gate in order to maintain it operating, as opposed to BJTs that require continuous base current and sufficient power to ensure the saturation.

Furthermore IGBTs are also IGBT is a unitary device This means that it can just switch on current only in the “forward” direction, i.e. from emitter to collector unlike MOSFETs, which can do two-way current switch (forward controllable, reverse not).

The principle of operation and the gate drive circuit of IGBT are very like an MOSFET with N-channels of power. The main difference is that when the current is flowing through the device in its “ON” state, the resistance of the main conductor channel is extremely low when using an IGBT. This means that it is more than the equivalent power MOSFET.

The major advantages of using the insulated gate bipolar transistors as in comparison to other kinds of transistors is their ability to handle high voltages and low resistance to on-resistance. They also have ease of drive, comparatively rapid switching speeds and no gates drive current, making them suitable for moderate speeds. Choose among high voltage applications like Pulse width Modulation (PWM) or variable speed control and switch-mode power supplies as well as solar DC-AC inverters, as well as frequency converters that operate across the hundreds Kilohertz range.

In the next part, Easybom will discuss the methods to test IGBT using multimeters.

Before purchasing an IGBT module, we must first conduct a routine check on the device. How can we identify it? It can be divided into these aspects:

1. Find the opposite polarity

Any analog multimeter is able to identify IGBTs. Be aware that when assessing whether the IGBT is of good quality IGBT ensure that you switch the multimeter to the Rx10KO block. If the battery voltage inside the multimeter is below that of that of the Rx1KO block is insufficient The IGBT can’t be powered on in the event that the test is successful as the IGBT can’t be assessed. This test is also a way to assess the performance of power field effect transistors (P-MOSFETs). 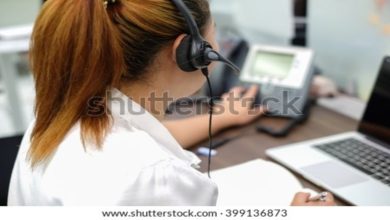 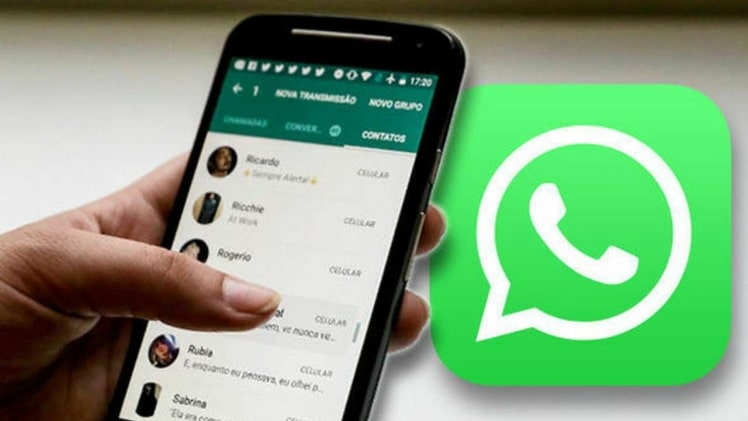 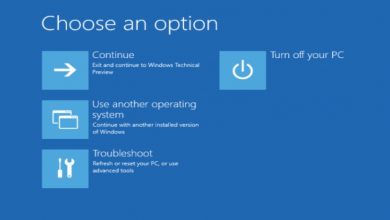 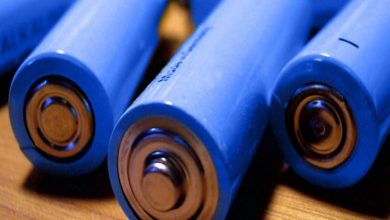 Comparison of LiFePO4 Battery with other Li-ion Batteries