How Long Will Solskjaer Get At Man Utd? 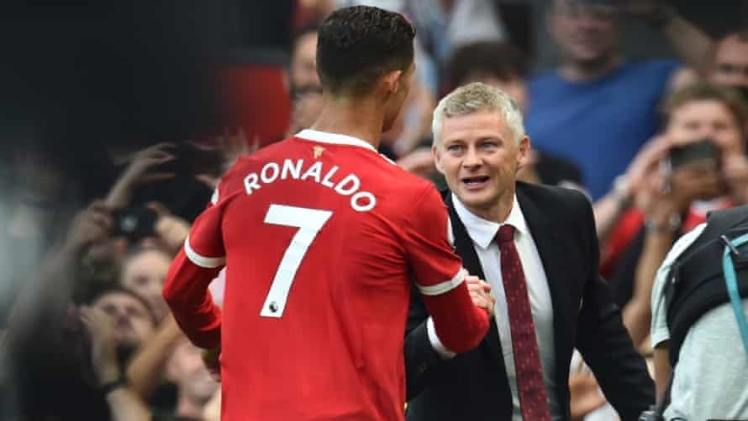 For the past three seasons, it's been difficult to assess how good or bad a job Ole Gunnar Solskjaer has done as the manager of Manchester United. There are a few objective facts you could look at in order to help you. One is that the team is now consistently qualifying for the Champions League. Another is that they're reaching the finals of cup competitions. This current incarnation of Manchester United is undoubtedly better than the one that Solskjaer inherited from his predecessor Jose Mourinho. That Manchester United was a team in disarray. This one seems more cohesive - and yet strangely lacking.

The biggest criticism that's directed at Solskjaer is that he doesn't know how to win trophies. It's hard to bat that criticism away even for his most staunch defenders. Under the Norwegian, the Red Devils have reached multiple semi-finals and even a couple of finals, but they haven't added anything new to the trophy cabinet in all the time he's been there. In a similar vein, they've finished second in the English Premier League without ever looking likely to go one better and win the competition. In the past, though, there have always been excuses. The board hasn't backed him in the transfer market. He's had bad luck with injuries to key players at crucial times of the season. Those excuses no longer wash.

This Manchester United team should be capable of winning at least one major trophy this season. The board has given the coach a new contract and finally given him significant transfer backing. Over the summer, United brought in Raphael Varane, Jadon Sancho and, of course, the romantic homecoming of Cristiano Ronaldo. Harry Maguire finally has a settled, high-quality partner in the centre of the team’s defence. United’s midfield and attack of Paul Pogba, Bruno Fernandes, Jadon Sancho, Cristiano Ronaldo, Edinson Cavani, Mason Greenwood, and Marcus Rashford ought to be considered among the best in the world. Winning trophies should no longer be considered a target for a team that possesses such riches. It should be considered an expectation. For some, it will be thought of as an obligation.

Without anywhere to hide in terms of excuses, the worry is that Solskjaer is already beginning to look exposed.  United's recent 1-0 loss at home to Aston Villa cost them an early chance to go clear at the top of the table, and during it, the team's star players looked pedestrian. It seemed Solskjaer didn't have a plan B and dithered over tactical changes and substitutions. This accusation isn't new. The same was said of him when his team lost last season's Europa League Final to Villarreal. Already, the press is beginning to talk about pressure mounting on the manager. It's been building since United's similarly uninspiring loss to Swiss side BSC Young Boys in their first Champions League fixture of the season. A team that contains so many world-class players shouldn't be losing games like this. Some of the blame can and should be passed on to the players, but from an impartial point of view, the players seem to be constrained by their manager's wishes. Every football fan knows what this team could do if given the freedom to charge at its opponents. The players don't appear to have that freedom.

Were it not for the last-minute signing of Ronaldo, Jadon Sancho would have been expected to be the club's standout acquisition this summer. He hasn't been playing like a man deserving of such an accolade, but nor has he been given a chance to. Most of Sancho's appearances have been from the bench. Already, he seems to be in danger of slipping into the role held by last year's signing Donny van de Beek. The Dutchman's qualities are undoubted, but these days he's lucky to get a position on the bench. If the qualities of the players are undoubted but aren't being displayed, one has to question the ability of their coach to extract those qualities from them.

Nobody is suggesting that Manchester United should rashly sack their manager. Even when it’s executed well, a change of manager after the season’s already started is like taking a huge punt on an online slots game. You're delighted if it works out, but you're out of pocket if it goes wrong. That's all part of the thrill of playing slots online, which is why so many people do it. So long as you can maintain your bankroll, there's no harm in spinning again and seeing if you come up with a winner the next time around. Manchester United has the bankroll and has the option to spin again. What might their online slots jackpot prize look like if they did, though? Who's ought there right now that could parachute into Old Trafford and give the club's fans the trophies they're so desperate to see?

Unfortunately for Solskjaer, there are two standout choices on the market, and they'd both probably be interested in the job. The first is former Chelsea manager Antonio Conte, who won the Premier League in his first season with the London club and more recently led Inter Milan to the club's first Serie A title in more than a decade. He left Milan because he was dissatisfied with the club's ambitions. He wouldn't encounter any such issue at Manchester United. The other available coach is Real Madrid legend Zinedine Zidane, who would be keen to prove that he can win things elsewhere. The French World Cup winner won the Champions League three times at Madrid, but his domestic performance in La Liga wasn't quite so impressive. Conte is probably the better qualified of the two, but both of them have major trophies on their resumes. Solskjaer does not - and for that reason, they're both arguably better qualified than he is.

All managers and all teams experience blips. A loss at home to Aston Villa will mean nothing at the end of the season if United wins the league, and everybody will forget it ever happened. The problem during Solskjaer's tenure is that these losses don't look like blips. They come out of the blue even when the team's in the middle of a winning streak, and all too often, they come at the worst possible time in the season. United have a squad capable of winning the league. Solskjaer now has to prove that he has the same capability as a manager - and he might be running out of time to do so.