India is fighting a hard battle with coronaviruses that seems to be never-ending now. With the regular emergence of virus mutations, the methods of testing have also evolved to capture the presence of SARS-CoV-2 through RT-PCR tests in Delhi, Gurgaon, or any other city in India.

Medical science has always been under challenges. However, resilience and constant evolution backed by data and immediate research have made sure to capture pathogens easily. However, timely sequencing, contact tracing, development of updated kits remain a challenge for most countries. As the health officials foresee more variants in upcoming days, uncertainty looms large. But this shouldn’t hold the collective efforts to detect the presence of viral load and capture the new variants through testing and sequencing.

A mutation of any virus is a change (small or large) in its genetic sequence. A change in the genetic sequence of Omicron is observed when compared with the reference sequence of Delta and Delta variant captured in India in October 2020, also mismatched with the reference sequence of Wuhan-Hu1 (the first genetic sequence identified of SARS-CoV-2) or USA-WA1/2020 (First sequence identified in the USA). A mutation may vary in its nature, symptoms, transmissible capacity, etc. Thus, it becomes crucial to test regularly and at a large scale to track the genome and develop RT-PCR methodology as per the mutations.

Let us look at how the RT-PCR testing evolved globally with the emergence of SARS-CoV-2 variants.

How does the RT-PCR test works?

The reverse transcription-polymerase chain reaction (RT-PCR) test is a nucleic acid-based test that is considered the gold standard to detect coronavirus and is used globally. The test aims to look for the genetic material of the virus. It will help determine the presence of virus and viral load in the body. The main idea behind the RT-PCR test in Delhi or any place worldwide is to copy and increase the targeted transcribed viral DNA in the sample to capture the presence of a virus. Increasing is vital instead of spotting the minute virus amongst huge genetic information. And that is why copying the DNA is essential by adding small fragments of DNA called primers into transcribed viral DNA samples.

Generally, there are 7 gene targets used for the testing of Covid-19 and each one of them is essential for the reverse transcription. These are RNA-dependent polymerase (RdRP), S gene (spike protein), N gene (nucleocapsid protein), E gene (envelop or outer shell), ORF1ab (conserved open reading flame of SARS-CoV-2 ). When the primers get attached to their target DNAs, an amplification on the DNA segment begins and finishes that is directed by the DNA polymerase, which results in the making of the required DNA copy.isaimini

What Change Delta and Omicron Variant Bought In RT-PCR Testing?

Through rigorous RT-PCT test in Delhi, Mumbai, and all major cities in India, Delta and Delta-plus variant was captured in late 2020 that was also the cause of a horrifying second wave in the country. It was able to go past the RT-PCR testing initially. As mutations are natural in viruses and are part of their evolution, a change in the genetic sequence of the RNA of SARS-CoV-2 was discovered. In a short period, this variant became the Variant of Concern (VoC) as it possesses high transmissibility determined through genome sequencing.

Diagnostic centers conducting RT-PCR tests in Delhi, Jaipur, or anywhere in India were advised to conduct and target two mutated genes now while testing as opposed to targeting only one gene to check the presence of the Delta variant in SARS-CoV-2 in the samples. The result was as anticipated, and RT-PCR kits were easily able to capture Delta and Delta plus variants.

Similarly, around a year later, in November 2021, the medical authorities in South Africa alerted the world of another and even a strongly mutated variant of SARS-Cov-2, which was named, Omicron.

As the RT-PCR tests in Delhi, Banglore, Mumbai, and in all major labs target the different mutations and more than one spike in protein to ensure accuracy, it is seen that with Omicron, a certain mutation was not getting captured. With the following research, the World Health Organization (WHO) presented that a phenomenon called S gene dropout or failure is noticed, and if it is used as a marker for this variant with more genome sequencing results, no omicron virus can escape the RT-PCR test results. Presently, with RT-PCR tests targeting all three genes, most diagnostic centers can detect the presence of the Omicron variant completely.

As we can see, with the emergence of new variants, the testing methodology also changes. It is worth noting that mutations found in the SARS-CoV-2 virus, when evaluated through the sample, can hugely impact test performance. It is majorly influenced by factors like a sequence of the variant, prevalence of the variant in a given population, and the design of the test. Thus, with the guidelines from World Health Organization, every nation’s local authorities keep monitoring test performances in their states through the collected information.

Know What CRP Test Is: What Are The Symptoms And Treatment

Visit a cardiologist to keep your heart healthy and solid. 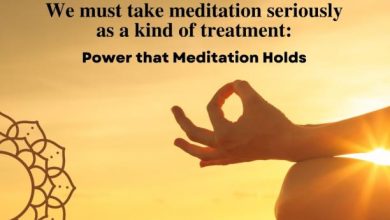 We must take meditation seriously as a kind of treatment:Power that Meditation Holds 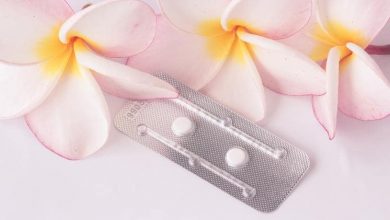 The i pill: everything you need to know about emergency contraception