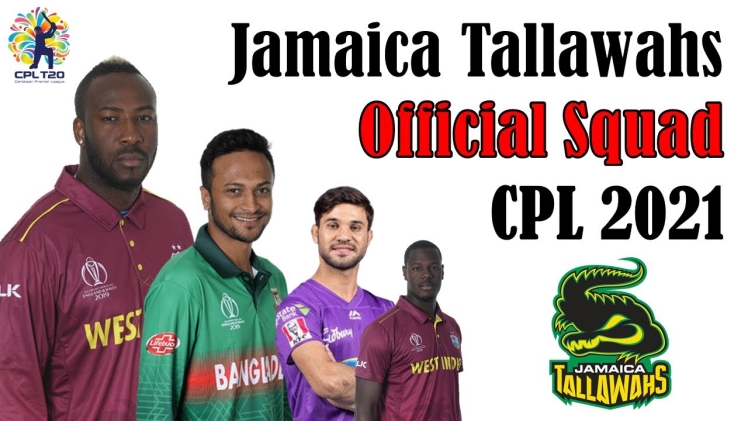 Ahead of the 9th edition of the Caribbean Premier League, 2-time former champs, the Jamaica Tallawahs, have added some strong players to their squad to boost their chances of winning the 2021 title. The Tallawahs have played in the CPL since its inaugural season. They were the first team to win the title back in 2013 and again in 2016. However, they have had a rough couple of seasons after that. Since 2017 their performance has wavered, only making it to the semifinals in 2020.

Things, however, are looking up given the strong squad they have assembled for this year’s tournament. Aside from retaining some of the local players they had last season, they have also acquired new players. Here’s a look at the new Tallawahs CPL squad.

Here are the players who made it onto the Jamaica Tallawahs squad this year, their positions, batting, and bowling styles.

The Tallawah franchise has added some big names to this year’s squad. For starters, they signed Shakib Al Hasan, the Bangladesh star, to work together with veterans such as Andre and Jamaica Tallawahs captain Powell. They also acquired Haider Ali and Ibrahim Zadran to bolster their batting attack, while Qaid Ahmad will help bolster their spin attack.

Jason and Fidel Edwards have the pleasure of leading their respective departments as the management expects a better performance from them and other veterans such as Andre Russell. The Tallawah’s squad is undeniably strong this year, but the star players have to bring their best if they want to perform better than they have in the previous seasons.

Andre Russel, who has been with the Jamaica Tallawahs team from the beginning, seems to have returned to his former lethal form while batting for Kolkata Knight Riders. However, the IPL tournament was suspended due to rising Covid cases and various teams' breaches of safety protocols. With just the CPL to focus on, he is looking to continue his superb form.

In 2020 he had a slow start; however, things soon picked up, and he came back with a bang making a couple of 50s for the Kolkata Riders. This brilliant performance showed his potential as a death-over bowler and helped the Riders stay afloat. Andre will be looking to present a similar showing in the 2021 CPL, and if he does, the Tallawahs might have a really good chance of winning the CPL championship this year, know about the CPL 2021 schedule and don’t miss the chance to watch this year's CPL championship.

What’s great about this lineup is its blend of youngsters and veterans. As the experienced players take the lead and set the pace of the game, the youngsters will have a chance to learn from them and make the most of the opportunities created.

The matches will be played at a single venue, the Warner Park at St Kitts and Nevis. But playing the games in one venue will definitely be a challenge. That said, the management has promised to ensure everything runs smoothly to ensure all teams have the best chance to play good quality cricket. Something the Tallawahs and the rest can appreciate given all the effort they have put into assembling their squads.

Keep it here for these am more stories on the CPL and your favorite players.

Visit the site: filmy4wep in