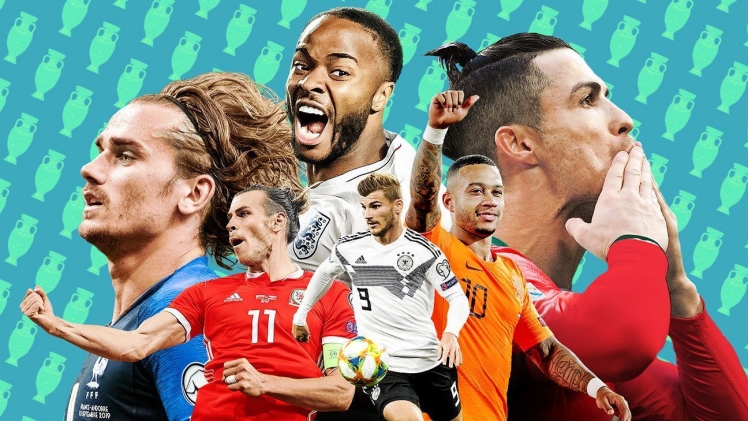 The group stage of Euro 2020 has come to an end, and the knockout stages are about to begin. England finished as top of their group and are currently unbeaten. In theory, that ought to be all that fans could hope for. In practice, many of them still aren't happy. The general perception among many of the national team's fans is that they were lucky to top a weak group and that manager Gareth Southgate is too defensive in his outlook. The form (or lack thereof) of star striker and captain Harry Kane is also of concern. Most fans expect England to be eliminated the moment they come up against sterner opposition.

It won't take long before we find out whether the naysayers are right or wrong. Sterner opposition is precisely what England will face in their first knockout fixture. They're up against their old enemies Germany at Wembley, and the Germans aren't likely to be as timid as Croatia, Scotland, or the Czech Republic were against England. This might not be a classic, indomitable Germany team of the kind we've seen in years gone by, but they still have world-class players at their disposal. This might turn out to be a watershed moment in Southgate's reign. If England finds a way to shut the Germans out and overcome them, his defensive mindset will look like tactical genius. If England is brushed aside, questions will have to be asked about his suitability for the role.

The job of any manager is to get the best possible performance from the squad available to them. Usually, that means fielding your best eleven players. Like landing on a winning line in an online slots game, it’s all about finding a combination that offers the maximum payout possible. That makes managers a little like high rollers at online slots websites, betting on spin after spin until they land on something that works. There’s a little more luck than judgement involved in spinning the reels at Rose Slots Canada, though. Managers should have more control over their fate than online slots players. Southgate’s stubborn refusal to change his approach suggests he believes that he’s already found his winning line. It’s just a shame that so many England fans are yet to come around to his way of thinking.

Chief among the many complaints that are thrown Southgate’s way is his insistence on playing two holding midfielders against opposition that England should theoretically be able to overwhelm with attacking play. Nobody doubts the ability of either Declan Rice or Kalvin Phillips as footballers. Either one of them can play the defensive midfield role confidently and capably. In fact, they can play the role so well that it’s hard to see why it’s necessary to play them both at once. The lack of attacking drive in England’s midfield is all the more frustrating when Jaden Sancho - one of the country’s brightest young talents and a footballer who’s set the Bundesliga on fire with his goals and assists for Borussia Dortmund. He’s been permitted just one brief substitute appearance at the tournament thus far. In the background, his protracted move to Manchester United looks to be on the verge of completion. If Southgate isn’t using him, he could be forgiven for wishing he could go home to focus on that.

In the three games England has played so far, they've scored twice. Both of those goals have been scored by Raheem Sterling. There is a flip side to this, though. England might not look like scoring more than once per game, but they haven't let any goals in yet either. They might not beat teams easily, but they're difficult to beat - or, at least, they look difficult to beat when they're playing lower-ranked teams. Their narrow victory against Croatia looks impressive when you consider the ease with which Croatia swept aside Scotland. Even then, though, there's a caveat. England couldn't find a way past Scotland, finishing with a 0-0 draw against their neighbours in what was undoubtedly the dullest game of the tournament so far. Defence is Southgate's "Plan A," but he doesn't appear to have a "Plan B" for when his team desperately needs to become more creative.

A pragmatist might tell you that it's better for a team to win 1-0 and end up with a trophy than to play more attacking football and run the risk of letting goals in at the other end. A more casual fan will complain that football fans pay to be entertained, and England aren't entertaining. The lack of an entertainment factor might not matter if England finish as the winners of Euro 2020, but that's a long shot. France or Portugal are probably still the favourites, and Italy appear to be far stronger than anyone gave them credit for. Germany might not be among the front runners, but getting past Germany would be a massive achievement for England. Going any further than that would be against the odds. The fans might still enjoy chanting that "football's coming home," but expectations among England's supporters are lower for this tournament than any tournament in living memory. Only the most dedicated optimists and dreamers believe they can lift the trophy. Southgate might be one of them, but he sends his team out to play like they're in constant fear of being attacked.

It's difficult to give England a grade for their performances in Euro 2020 so far. If we were pushed, we'd go with a B. Finishing as group winners was what was always expected of them, but most fans hoped to see them do it in a more convincing fashion. Failing to beat Scotland was embarrassing. Southgate now has one opportunity to prove that he knows more than his critics by overcoming Germany. In the process, he has the chance to slay his personal demons. As a player, it was Southgate's penalty miss that cost England in the semi-finals of Euro 96. Fifteen years later, it's Germany that stands before him again. The time has come for Southgate to right an old wrong. Let's just hope it doesn't go to penalties again this time.