Cannabis has been used as a medicine for thousands of years. Recently, as legalization goes into full swing and more scientific studies are conducted, CBD’s potential as a medicine is finally starting to unravel.

In a groundbreaking study, researchers have started to explore cannabidiol (CBD) effects in enhancing antibiotics’ effectiveness. For more information about CBD products and its Suppliers visit dailybulletin.com.au This article explores the findings of research that suggests CBD oil is an effective antibiotic.

The therapeutic effects of CBD

If you want to buy high-quality CBD products, then Check out Ulu CBD store. However, a new study aimed to find the relationship between CBD and antibiotics.

Researchers found an auspicious connection between CBD and the effectiveness of antibiotics on certain kinds of bacteria. The findings are optimistic as antibiotic resistance is predicted to become a global health disaster in the near future.

A team of scientists from the UK led by Dr. Sigrun Lange of the University of Westminster explained how CBD interacts with membrane vesicles (MVs). These are the components of bacteria that are used for bacterial communication. They also function as traps for antibiotics.

The team tracked the release of MVs with and without CBD. They found that CBD affected the number of MVs released and the very structure of these MVs.

Dr. Lange said that CBD’s antibiotic properties had been known for a while. However, it is only now that they have demonstrated CBD’s mechanism of action as an antibiotic. They were able to do this by changing the MV composition and release in the bacteria.

The research concluded that future research might produce novel ways to use CBD oil as an effective antibiotic.

Another study by Dr. Mark Blaskovich at The University of Queensland together with Botanix Pharmaceuticals Ltd. explored CBD’s effectiveness against bacteria that causes serious infections like golden staph and pneumonia.

Blaskovich said that the combination of inherent antimicrobial activity in CBD and its potential to reduce damage due to inflammatory responses to infections is of great interest to medicine. They found that CBD was extremely effective at killing Gram-positive bacteria, including Staphylococcus aureus and Streptococcus pneumoniae.

Additionally, they discovered that CBD is effective against bacteria that have become highly resistant to other antibiotics. Furthermore, CBD effectiveness did not decrease after an extended period of treatment.

When they exposed CBD under conditions that would produce resistance in antibiotics like vancomycin or daptomycin, CBD did not lose its effectiveness. Topical CBD products are also becoming increasingly popular in recent years. There are myriad benefits to using effective topical products, such as CBD balm which possess an abundance of powerful health properties. Not only can CBD balm provide a pleasant soothing sensation, but it also protects the skin from free radicals as a result of its powerful antioxidant properties.

Again, this research suggests that CBD oil is an effective antibiotic. You can buy CBD tincture that works from the reputable online stores like CBDfx. The findings may lead to CBD being used beyond its current approved use in the US as an epilepsy treatment.

CBD as a helper compound

In yet another study, this time by the University of Southern Denmark, CBD was used as a “helper compound” to improve antibiotics’ efficacy. Similar to previous research mentioned, the study explored the use of helper compounds as an alternative strategy to combat antibiotic resistance.

The study’s lead researcher was Janne Kudsk Klitgaard, while the first author was Ph.D. student Claes Søndergaard Wassmann. They found that a combination of CBD and antibiotics created more powerful effects than treatment with antibiotics alone. In effect, they were able to kill bacteria using even fewer antibiotics.

Their testing observed three things that happened to the Staphylococcus aureus bacteria, a serious human pathogen that often causes disease.

Upon exposure to CBD:

One of the key causes of antibiotic resistance is its overuse. The research concluded that CBD oil is an effective antibiotic when used as a helper compound in conjunction with antibiotics. By using less antibiotics, they were also able to decrease the development of antibiotic-resistant bacteria.

CBD is still being explored as a possible treatment for an entire range of medical conditions. It is commonly used to reduce anxiety, pain, and inflammation symptoms and treat severe forms of epilepsy. However, evidence suggests that CBD oil is an effective antibiotic when used as a helper compound alongside antibiotics.

Using CBD as a helper compound addresses the overuse of antibiotics that causes antibiotic resistance. CBD increases the effectiveness of antibiotics, and it does this over an extended period of time without any reduction in potency.

CBD may very well prove to be the novel treatment that modern medicine needs to combat the antibiotic resistance that is threatening to cause a global health crisis soon. 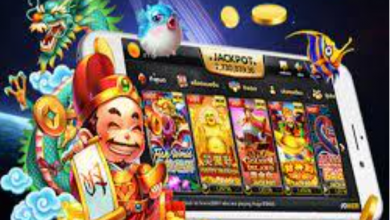 Why is mobile casino so popular? 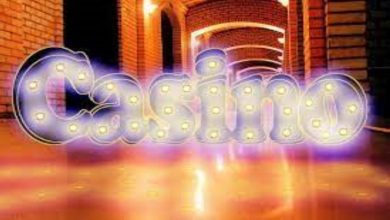 What are the security measures taken by Sbobet?