8 Facts No One Tells You About Nightfall (Wet Dreams) 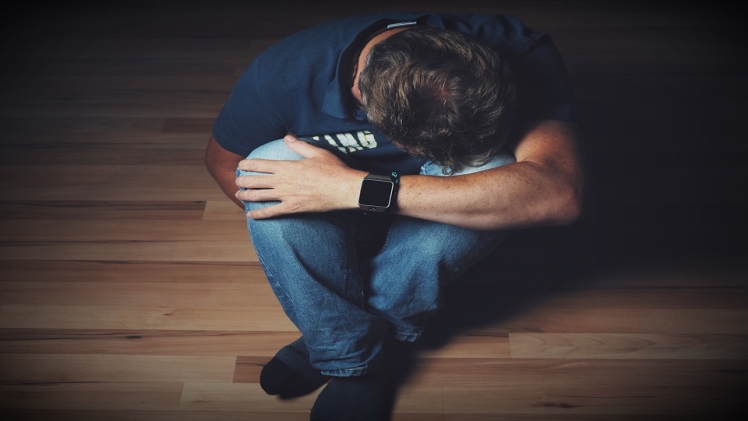 Nightfall is a common problem that is experienced by a large number of men, especially adolescents. It is an involuntary ejaculation of semen that takes place during sleep due to the weakness of the penile nerves and muscles. But, there is nothing unusual in it as nightfall is a biological phenomenon that follows the general process of our excretory system. Here are the eight unknown facts about nightfall or wet dreams.

Definitely Not A Disease

Nightfall on a social level is widely accepted and believed as a nocturnal disease, and people who experience nightfall cannot share it with others since it is not treated as a natural biological process. One who experiences it regularly needs to drag himself out of this societal construction. Stress, anxiety, depression create a significant impact on the human mind and body regularly, and the result of this is fatigue, lethargy, etc., which make our nervous system weak. So, when one sleeps at night, one does not have control over his body, and as the nervous system becomes relaxed, the semen comes out of the phallus.

Does Not Affect The Sperm Count

Since nightfall is conceived as an illness, there revolve many myths around this particular subject. It is generally believed that nightfall reduces a man’s sperm count quite drastically and renders him impotent. But the reality is different from this. In fact, nightfall benefits in men are lesser-known. Wet dreams help a person emit the older sperm from the testicles, which creates a clean and clear space for the new, healthy sperm to enter.

Does Not Lessen The Immunity

Nightfall is never responsible for a person’s weak immune system. Some people desperately believe that nightfall or wet dreams can potentially lower the immunity of a person. In this way, a man can quickly become immune to cold or infection. But this is a complete myth and does not possess any empirical ground to stand firm on its logic. Nightfall benefits men by doing away with the excess sperm in the testicles, which is regarded as relatively healthy for a person, especially a male’s reproductive system.

Happens Not Only To The Adolescents But The Adults As Well

While nightfall gets conventionally associated with puberty, it can also happen during adulthood. Wet dreams tend to occur during puberty, as this particular stage generally goes through many hormonal changes. The teenagers in a large number tend to face this involuntary act of emission due to the hormonal imbalance, which is quite natural at this particular stage. Moreover, a significant section of the adolescent does not indulge themselves in sexual activities such as intercourse, and nightfall in this way becomes just a manifestation of libidinal urges.

On the contrary, the hormone levels in adults are much more consistent, and they are likely to have an active sex life which lessens the frequency of wet dreams.

Does Not Reduce The Size Of The Penis

The size of a penis has been one of the hushed yet major concerns of a male-dominated society. Since a large penis denotes power and manliness, people who face nightfall daily tend to develop a fear of becoming impotent as they think that their penis will shrink due to this involuntary act of emission. But, there is no scientific evidence that stands for this fact. Nightfall does not, in any way, play any role in reducing the size of a male reproductive organ.

Can Not Be Stereotyped By A Specific Gender

Nightfall or wet dream is associated with men or, more specifically, adolescent boys, but the truth is that women can also experience the same. A feminine wet dream can be denoted through an orgasm which usually happens due to the repressed sexual appetite. So, the line of demarcation must be eradicated as the orgasm results in vaginal secretions, which is more or less similar to the masculine idea of nightfall.

Should Not Evoke Any Sense Of  Guilt

There is no wrong in experiencing nightfall. It is natural, and one should not feel ashamed of it. Societal conventions do make people depressed, invoke negativity around them who experience nightfall on a regular basis. This simple biological phenomenon should be taken in a much more friendly way which may result in reducing the amount of guilt that is generally felt by a large number of people quite unnecessarily.

There is nothing to feel guilty about nightfall. It is a biological phenomenon shared by all.

Sexual desires are an integral part of any human being. The sexual urges of a person get developed from adolescence, and most of them are often not materialized by the means of intercourse or other sexual activities. So these repressed urges which stay at our subconscious mind come on the surface level while we sleep, while our conscious self does not function and result in nightfall.

It is, therefore, the time to shed all the misconceptions about nightfall. There can be several nightfall benefits in men. So, one should instead focus on the facts and avoid any misinformation that can intervene with an individual’s daily peace.

What Should Know About Eczema