Substance abuse is simply destroying generations. These days, drugs are available in different forms and that too openly. As a result, more people are getting attracted to them since they do not have to go through any struggle.  In addition to that, substance abuse is becoming more of a “thing in vogue”. For instance, people who occasionally weed are considered as the “hip-hop type”. From occasional and passive smoking, things worsen, and people start substance abuse regularly.

What are the signs of substance abuse? How is it known that a particular person is involved in it?

Here are some key warning signs.

The biggest sign of any individual doing substance abuse is that he never has any money left. Anyone who works gets a paycheck at the end of the month. A certain portion of this sum is used to cover monthly expenses while the remaining is saved. However, drug and alcohol addicts are usually taking loans to cover their basic expenses even after earning. This is because all the money they accumulate is spent on drugs.

If someone in your family is earning well but is spending at an abnormal rate, it can be an eyebrow-raiser. He may be involved in substance abuse. Therefore, determining the issue and stopping long-term damage is the key.

Substance abuse harms the mental alertness level. It is hard for people who take drugs or drink alcohol regularly to stay active and concentrate on something. A key warning sign of someone involved in substance abuse is a rapid increase in sleep hours. Normal people sleep around 6 to 8 hours every day. However, addicts can sleep up to 15 hours or they can remain without sleeping for two to three days. Hence, they have both extremes.

It is a fact that people have varying concentration levels. Someone can focus on a task for several hours while the other person may be able to focus for 45 minutes without any break. However, some people going to substance abuse are even able to pay attention for few minutes. If someone did not have this issue earlier but developed it, he or she may be taking some form of drugs.

Such people can be involved in serious accidents while driving due to a lack of attention. They are unable to focus and control the vehicle. As a result, they can easily bang into something. If you feel that someone you know is not able to concentrate on anything and this problem has risen recently, it can be due to substance abuse.

All forms of drugs have hangovers. This means that people who do substance abuse cannot follow a regular schedule. They are usually late at work or do not go at all. If someone who is still studying and involved in substance abuse may take leaves from college/university or even drop a semester without any proper reason. If such signs are noticed, then they should be taken as a warning.  There are high chances that the person may be taking crystal meth, alcohol, cocaine, or weed.

It is much easier to detect this problem in the case of students than working professionals. When students do not attend college/university, their parents are notified. However, in the case of working professionals, such a process is not followed. However, people around the person doing substance abuse do notice a lot of changes they can judge things.

We all get irritated due to work stress, personal problems, broken relationships, and other problems. However, there is an extent to which this irritation level falls under the normal limit. It is beyond normal then there may be other factors responsible apart from normal issues. A person doing substance abuse can be very irritated when he or she does not get the required dose. In such cases, he or she can be extremely violent as well.

People who take drugs in any form are rarely happy. They are majorly depressed whether `they are doing any kind of substance abuse or there is a hangover. In worst cases, people also attempt suicide as they think that it is the only way to make the situation normal.

Now, when you talk about depression, substance abuse is not the only cause. Hence detecting the actual reason is important.

Addicts can show the most severe mood swings, and this is one of the key signs that the addiction has gone beyond a controllable limit. For instance, one moment, they may be very happy and in the split of a second, they may become extremely depressed. In other words, the behavior is abnormally unpredictable. The emotions switch at such a rapid pace that people can get shocked. In a nutshell, the level of emotional stability reaches zero.

Rehab can be the best solution for substance abuse

It is a fact that you need to have very strong intentions for dealing with crystal meth abuse. However, that is not all you require. Through professional help, the urge for consuming drugs can be reduced. Getting admitted to a proper rehab creates an incomparable difference. Abbeycare’s Scottish rehab centre is the most trusted and popular clinic in Scotland. 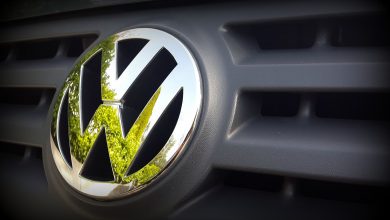 The Best Place to Buy Volkswagen Cars in the UK

4 Personal Finance Mistakes Made by Millennials 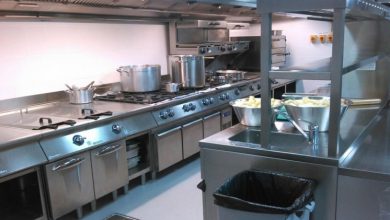 To Run a Successful Kitchen, You Need To Have The Right Equipment.

GoGoPDF: Learn The Essential Tools For Your PDF Files