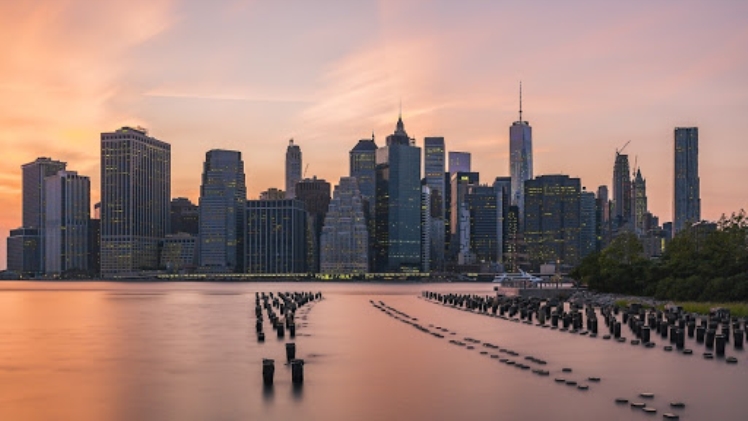 New York is a massive city, and a city of this size takes time to explore. In reality, it may be challenging for anyone to figure out the exact number of tourist spots because there are so many of them! So, you’re going to need a lifetime, maybe even more, to be able to cover everything that the city has to offer. Nonetheless, to get you started, we’ve put together a list of 12 worthwhile places for you to visit. In addition, if you see the city as a future home and would like to look up rooms for rent in New York, a trip around the city will help you get better acquainted with it. You might even end up finding a roommate in New York!

1. Statue of Liberty and Ellis Island

A little less than 152 feet tall, it’s one of the largest statues worldwide. The United States had the honor of receiving it as a gift from France. The statue represents a global symbol of freedom. Ellis Island is also a significant landmark of the USA. In fact, close to 50 percent of Americans have found traces of their ancestry on this island.

To get a clear view of the Statue of Liberty and soak in its beauty, take a free boat ride to Liberty Island. Visit the Statue of Liberty Museum and go all the way to the top, to the statue’s crown, for stunning vistas. Next, check out the Ellis Island National Museum of Immigration by taking a ferry ride to the island and gaining more knowledge about the place’s fascinating history. If you’re interested, browse through the ship manifest to see if you can find any of your ancestors. 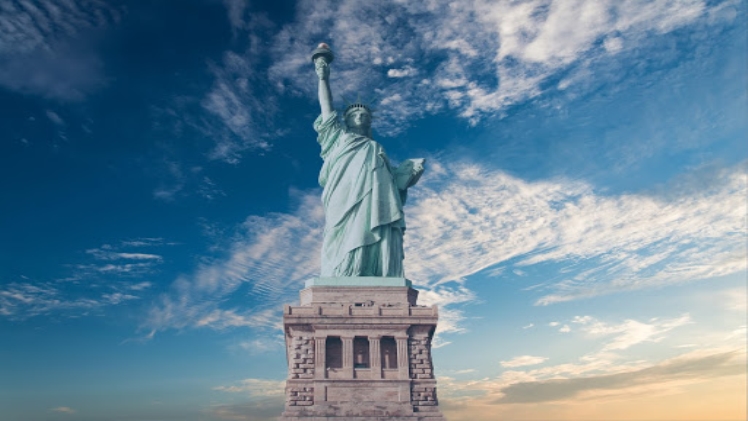 2. Broadway and the Theater District

Technically, Broadway is Broadway Theater, consisting of more than 40 theaters in the Theater District and on Broadway street. Whether you love theater or not, it has to be one of the to-dos on your list when you visit New York. Watch the most recent shows, amazing musicals, and classics that run for extended periods. But remember to purchase the tickets well beforehand.

Interestingly, Theater District houses the notable Shubert Alley, an alley dedicated to pedestrians, with two renowned playhouses, the Shubert and the Booth. Scores of would-be actors would pay the place a visit in the hope of performing in a play financed by theater magnate Sam S. Shubert.

The spectacular Brooklyn Bridge, running across the East River from Manhattan to Brooklyn, was the first steel suspension bridge worldwide. It was constructed in 1883 and is one of the core landmarks of the city.

To experience the expanse of the bridge, you could use the wooden plank or walkway to cross the bridge. The walkway allows both pedestrians and cyclists to travel across the bridge, although cycling might pose a problem because of the massive footfall on specific days. The bridge offers residents and visitors breathtaking vistas of Manhattan, the East River, all the way up to the Statue of Liberty.

An enormous park situated in the heart of the city,  Central Park is 2.5 miles in length, half a mile in breadth, and spread over 693 acres! Your trip would be incomplete without a visit to the park. The park’s highlight is the number of places you can explore inside, such as Strawberry Fields, the Belvedere Castle, the Central Park Zoo, and the Lake, where you can take a peaceful and relaxing boat ride. The beauty of the place is accentuated by monuments, fountains, sculptures, and bridges. The cherry on the cake is that most of these have no charges! Sightseeing aside, you can also take a walk or go jogging.

If you’re visiting New York in winter, you’ll have the fantastic opportunity to go ice skating at Wollman Rink, and you’ll be glad we told you!

If you ask someone who’s never been to New York what comes to mind when they think of the city, one of the first things they’ll say is the Empire State Building! An iconic landmark, it opened to the public in 1931. The building, 381 meters high with 102 floors, was the tallest building globally at one point.

The building has two observatories, one on the 86th floor and the second one on the 102nd floor. When it’s sunny and the skies are clear, your eyes will be able to see as far as 80 miles. The best part is you’ll be able to view neighboring states, such as Pennsylvania, New Jersey, Connecticut, and Massachusetts. The observatory on the 86th floor, about 1050 feet from the ground, is the highest open-air observation deck in the city. And we don’t have to tell you that the views are mind-blowing. On the other hand, the Top Deck is about 1250 feet from the ground and offers equally magnificent views!

A word of caution: The queue is always pretty long, so make sure you have enough time and patience to see this through.

Times Square was named after the New York Times tower when the newspaper company moved to the city in 1904. It was earlier known as Longacre Square. Your New York trip will no doubt be incomplete without a visit to the place. Day or night, Times Square is a sight for sore eyes, though at night, you get to see a million billboards and screens lit up like a million fireflies, and the spectacle is mesmerizing! The place is renowned for being the center of the city’s New Year Eve celebrations and known for its iconic ball drop. Regardless of the occasion, the area is a major tourist hotspot.

Rockefeller Center isn’t just an excellent shopping hub but also houses the offices of NBC-TV, among other media houses. The core attraction is 30 Rockefeller Plaza, a gorgeous Art-deco skyscraper made up of 70 stories! From the Top of the Rock Observation Deck in the building, you get to see some exceptional views of Manhattan. The deck’s located on the 67th, 69th, and 70th floors and has indoor and outdoor spaces that allow you some majestic vistas of the city.

The center has an outdoor skating rink, ideal for skating in winter, for families and couples alike. If you wish to try your luck in skating, you could drop by anywhere between October to April, when the rink stays open.

People worldwide are also familiar with the famed Christmas tree set up after Thanksgiving, which is a sight to behold! Finally, the center’s incomplete without the impressive bronze sculpture of Atlas that happens to be a photographer’s delight!

Also known as the Met, the museum was founded in 1870 and is a very popular tourist spot in New York. One of the most well-known museums in the USA, it houses over two million art pieces with a time span of 5,000 years! The museum has three sites, although the primary attraction is the Met Fifth Avenue. The core pieces here include American decorative arts, costumes, arms and armor, Egyptian art, and musical instruments. Sounds incredible, doesn’t it?

In the northern part of Manhattan, the Met Cloisters happens to be another one of its sites. The beautiful building was inspired by the medieval period, so you’ll find medieval chapels, cloisters, and halls, not to mention exhibits that center around medieval art and architecture in Europe. We believe the museum’s undoubtedly worth a visit!

The High Line, a park completed in 2016, is a fairly recent visitor attraction. The park starts from Gansevoort Street in the Meatpacking District and runs till 34th Street. What’s unique about this place is that it was an industrial railroad earlier. In other words, an abandoned freight rail was transformed into a 1.45-mile-long elevated park and opened to the public in 2009. The entire concept is ingenious, something that New York City’s not unfamiliar with.

While taking a stroll through the park, you get to see a variety of plants. About 30 feet above the ground, the place has benches, walkways, and chaise lounges interspersed with grass, trees, and bushes. So, if you have time on the weekend, drop by the area, and you’ll get to spend some alone time (with not many people around, of course) in the lap of nature.

The One World Observatory is located on top of the new One World Trade Center building, covers three floors (100, 101, and 102) and is spread over 125,000 square feet! It’s located 1,776 feet above ground level, and it provides some extraordinary views of the city! What you should also know is that the elevator is a major highlight. While you’re on your way up, the panels around you exhibit New York City’s growth and development over several decades.

Another equally striking feature is the shape of the glass building that makes it stand out among all other structures in the area. If you look closely, you’ll find that it resembles a pyramid.

Wall Street doesn’t need any introduction, does it? Indeed it doesn’t! It starts from Broadway and stretches for eight blocks till South Street. Some of the world’s most prominent stock exchanges are housed here, such as NASDAQ, the New York Stock Exchange, and the New York Mercantile Exchange.

Radio City Music Hall is a well-known recreational venue and a city landmark. The Art-Deco theater was built in 1932 and is known for its films and musicals. It also houses a dance company called the Rockettes.

Built in the 1930s by the Rockefellers, the hall conducts important events such as the Tony Awards and the Grammy Awards today. In addition, the building had the biggest indoor theater worldwide around the time it was constructed.

Geared up to visit the city? We sure hope so! Once you’ve had a chance to see the city and experience its wonderful sights and sounds, you’re going to want more. So, should you have time (or can add more, which we’re sure you can), go all out and cover as much of the city as you can. We know that by the time you finish, you’re definitely going to want to move to New York!

Airline Tycoon How to Repair Planes in a Few Minutes